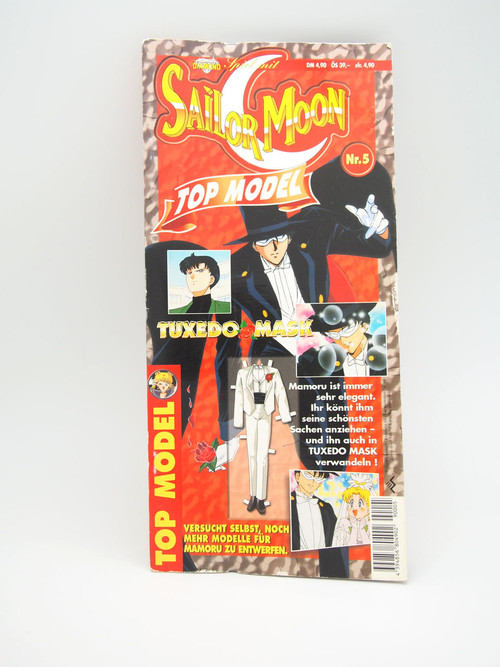 Sailor Moon has become an iconic world wide sensation since it's debut in 1992.  As a result there is almost no end to the amount of official licensed collectibles  manufactured from the start of the series to present day. We are now offering many of the vintage hard to find items from our private collection.

At the end of the 90's a series Sailor Moon of paper craft books called Top Model came out in Germany. Some, like this one, were paper doll books. The image of the character was perforated on thin cardboard so you can pop them out easily and was printed with both front and back of the character.  The clothing was printed on paper and had to be cut out.

Each outfit in the books were actually seen on the characters in episodes of the original series.

The last pages of the book can be made into a folder that looks like a suitcase to hold the figure and his clothes after you cut them out.

This product hasn't received any reviews yet. Be the first to review this product!